There are three principal types of motor control:

Also, in some cases, it’s possible to regulate the speed of the motors, for instance using Pulse Width Modulation (PWM). This can only be done if system allows it. For example, if the control driver uses slow components such as relays, it might not be feasible.

If the motor doesn’t use much power, there are a few already built integrated H bridges that have all the control and power stages in one package. For instance, a common one is the L298, which also comes in prepared modules.

This is the easiest one to make, it can use a transistor or a relay: 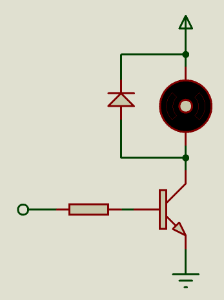 The second circuit is similar, but here the switching element is the relay. It’s simpler, but supports a higher current motor, has less voltage drop, and the motor can use another power supply (as it’s isolated). The main issue is that most relays have a limited life (in cycles), and high frequency PWM can’t be used here. Also, the relay coil reduces the overall efficiency of the circuit (but ideally the relay coil current is much smaller than the motor current).

This method is often used in robots, RC cars and drills. As the previous case, it can also be implemented with relays. 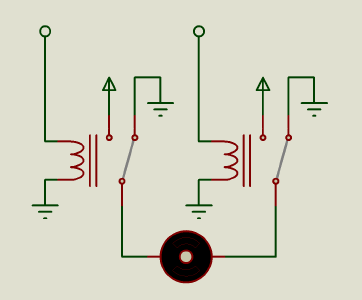 Each relay controls which supply (VCC/GND) connects to which one of the motor pins, so it has 4 combinations:

In the second circuit, each transistor interrupts or lets the current flow in the motor, creating 16 combinations:

This circuit is also known as smokeable H-Bridge, since a wrong input can destroy every transistor. That’s why it’s often used with external logic to avoid the forbidden states. With high quality transistors, efficiencies higher than 90% can be achieved. Also, using transistors allows for speed changes, using techniques such as PWM or BAM.

Considering that typically in a system the direction of a motor isn’t changed often, it’s possible to combine both systems and make an hybrid one, in which a relay is used to change the direction, and a transistor regulates the speed. These are some advantages and disadvantages of this method: 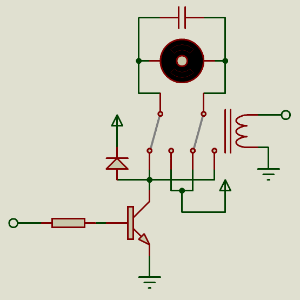 Besides motors, this method can be used for any other load that might need reversing its polarity. For instance, a peltier cell could be used to change the temperature of an object, allowing to both heat and cool it.